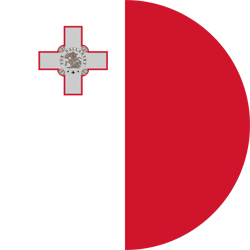 Becoming a Resident of Malta Guide

The Republic of Malta is an archipelago consisting of 3 islands (Malta, Comino and Gozo), known for their sunny weather and attractive beaches.
Valletta is the capital of Malta. The country has two official languages, Maltese and English, with the majority of its population speaking both languages.

Malta has also been a member of the European Union since 2004 and the Schengen Area since 2007.

The programme offers the right to citizenship in Malta and enables passing it on to future generations.
The citizenship programme also provides access to investment opportunities in Malta, as well as throughout the EU.
The Malta Individual Investor Programme (MIIP) provides beneficiaries with the fundamental freedoms of the EU and grants visa-free travel within the Schengen Area.

WHY BECOME A RESIDENT OF MALTA?

2. Straightforward application process: If all criteria from the applicant are met, an application can
get approved within 8 months and citizenship is granted just after 12 months residency.
Schengen access: The programme provides a fast track Schengen access through a Malta

3. Schengen access: The programme provides a fast track Schengen access through a Malta residency card
which needs to be applied for until the citizenship application is approved and the passport is issued.

4. EU approved: The programme is formally approved by the European Commission and provides the
benefit of establishing your business across EU countries.

5. The right security for you and your family: Aside from Malta being one of the safest places in the world,
you and your family will also benefit from the high quality of life, healthcare, education, property rights
and ease of doing business.

ELIGIBILITY REQUIREMENTS TO BECOME A RESIDENT OF MALTA:

Main applicant: The main applicant for the programme needs to be at least 18 years of age.

Dependents: Eligible dependents include the spouse, children (up to the age of 26), parents, and
grandparents (over 55 years of age).

Fit and proper test: The Government of Malta applies the highest standard of due diligence. Applicants must have a clean criminal record.

Financial contribution: Applicants are required to make a non-refundable contribution to the National
Development and Social Fund.

There are three mandatory requirements which serve as a qualifier for your application under the Malta Individual Investment programme:

Monetary contribution to the National Development and Social Fund:

Qualifying Investment:
EUR 150,000 value in debt or equity securities listed on the Official List of Malta’s Stock Exchange.
These are to be kept for up to 5 years.

Investment in a qualifying property:

Both options require the property to be kept for 5 years.

Both options require the property to be kept for 5 years

Prepare supporting documents for residency application.
Sign documents before a Maltese Consul or notary.
Residency card fast track will be issued within 1-3 weeks.
You will then be required to submit a health insurance
policy.

Purchase or rent a qualifying property.
Invest in approved securities.
Contribution to the National Development and Social Fund (to be paid within 25 days of letter of approval).

Once all the above requirements have been satisfied and proved at least 12 months residency you would receive an invitation to take the oath of allegiance following which your passport is issued. 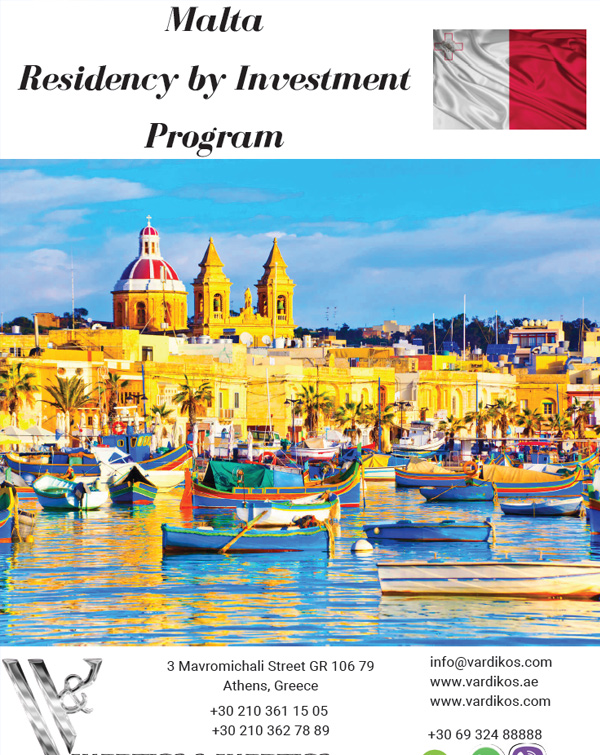 For any further information or clarifications please do not hesitate to contact us at: [email protected] or
alternitavely and for any other inquiries, please call us direct via +306932488888