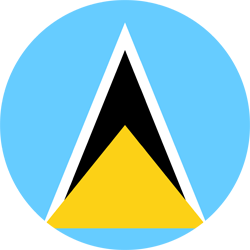 Saint Lucia is an Eastern Caribbean island nation on the boundary with the Atlantic Ocean. Part of the Lesser Antilles, it is located north/northeast of the island of Saint Vincent, northwest of Barbados, and south of Martinique.

Its capital is Castries.

An island with beautiful white sandy beaches, emerald-green rainforests, and effervescent springs. The island is more than just natural beauty, being a member of the Commonwealth of Nations, the Caribbean Community (CARICOM), the Organisation of Eastern Caribbean States (OECS), and the International Organisation of La Francophonie.

The Saint Lucia Citizenship by Investment Program was officially launched in 2015, established by the Honourable Prime Minister, making it the most recent addition to the CIP programs in the Caribbean region. The Government of Saint Lucia invites cap of elite investors to the enthralling cultural engagements and enjoy life and prosperity with the Island.

Saint Lucia has inherited decades of experience from its Caribbean neighbors. The Citizenship by Investment Board is committed to making the program the most efficient for investors while providing supreme benefits for the country and its people.

When opting to be a citizen of Saint Lucia, you must be aware that the government not just offering citizenship but offering an identity.

Saint Lucia recognizes dual citizenship, which can prove advantageous for business expansion and tax relief. Other benefits include the following:

Citizens of St Lucia can take advantage of a range of benefits, including:

The benefits of the St Lucia Citizenship by Investment Program include:

Saint Lucia has masterfully positioned its program for the global elite by limiting application numbers and raising the overall net worth requirement.

To qualify for citizenship in Saint Lucia, applicants must be at least 18 years of age, have no criminal record, and be in good health.
The net worth requirement of US$3,000,000 was eliminated 1/1/2017. They must also fulfill the investment criteria for one of the four investment options.

High net worth individuals may choose to make a monetary contribution to the NEF organization via one of the prescribed contribution levels.

Upon approval an applicant and accompanying family may opt to invest in Saint Lucia government bonds, which must be held for five years. The bond amount will vary depending on the size of the family.

Applicants may purchase property valued at a minimum of US$300,000 in a preapproved real estate development area. The property must be owned and maintained for a minimum of five years. Property registration, processing fees and taxes must be paid in addition to the property purchase.

Applicants may invest a minimum of US$3.5 million in an approved enterprise project and create at least three jobs.
Two applicants may share an investment of US$6 million and create six jobs to qualify. Approved enterprise projects must fall under one of the following categories: specialty restaurants, cruise ports and marinas, agro-processing plants, pharmaceutical products, ports, bridges, roads and highways, research institutions and facilities, or offshore universities.

How to apply for Citizenship in Saint Lucia

Step 2: Submission of citizenship application in electronic and printed form by an authorized agent on behalf of an applicant.

Step 3: Government processing of the application and due diligence checks.

Step 5: Investment in one of the four approved areas.

Where an application for citizenship by investment has been granted, the Unit will notify the authorized agent that the qualifying investment and requisite government administration fees must be paid before the Certificate of Citizenship can be granted.
All required funds are deposited in a designated escrow account until the application is processed.
Upon approval, funds are released to the Government of St Lucia.

Where an application has been denied, the applicant may, in writing, request a review by the Minister.

Our law firm has recently been appointed as a Promoter of the Saint Lucia by Investment Program.

We serve applicants who reside or visit the United Arab Emirates.

In order to arrange an appointment either in Abu Dhabi or Dubai please contact us via [email protected]. 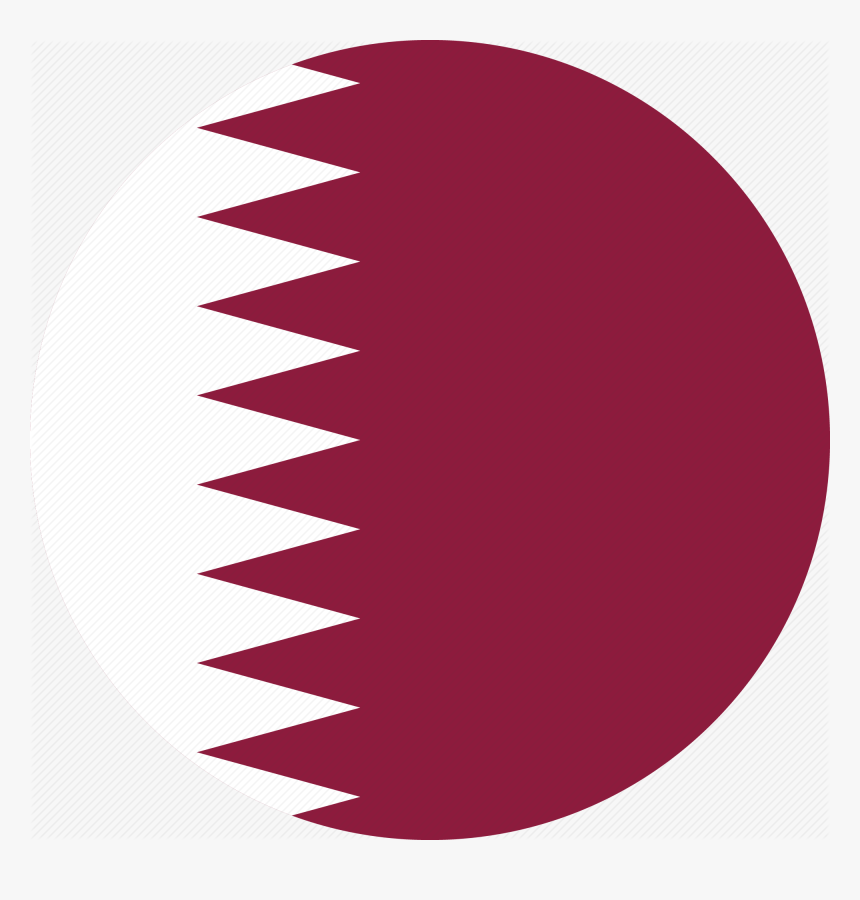 The same applies for applicants who reside or visit Lebanon and Qatar.
A meeting can be arranged either in Beirut or in Doha.

or contact Ms Mireille Barrak, Responsible for the Lebanese and Arab speaking countries at +971506689558 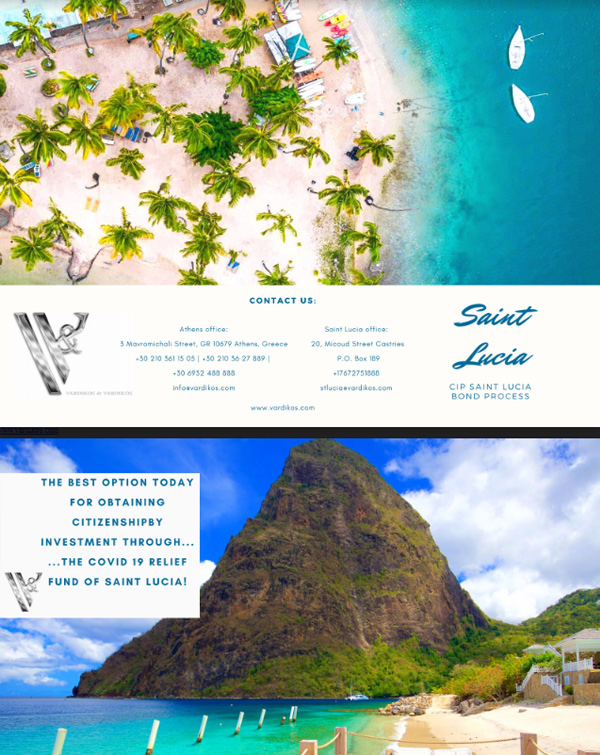 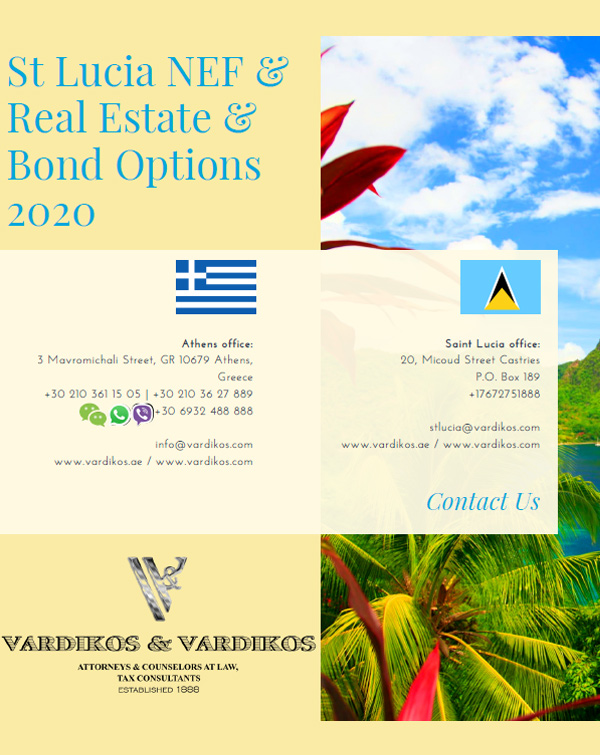 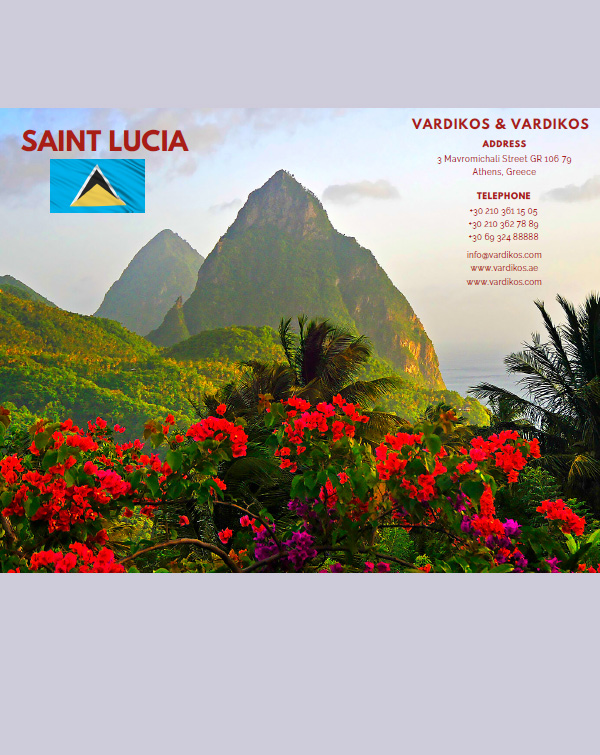